Did It Really Happen?

With your regular correspondant unable to attend, people were asked to take pictures of the festivities as CEO Ed Starke invited Camstar Group employess and associates to "Raise a Glass to Our Future". These photos proved harder to obtain than expected, had the event even happened? Avid photo-documenter Alex Hook, operations co-ordinator, simply claimed "all blurred", as presumably was most of the evening to a fair proportion of people. Oldest Camstar alumni Kevin Butler said "it was a rave", but then became less forthcoming. Senior Accounts Assistant Liam Potter revealed that it was a good night, and people had "let their hair down", and Technical Assistant Colin Trombetta was able to confirm that there had been ample food and drink, followed by dancing, and then a few more drinks. When we finally got hold of leaked photos of the event they confirmed that a good time was had by all. 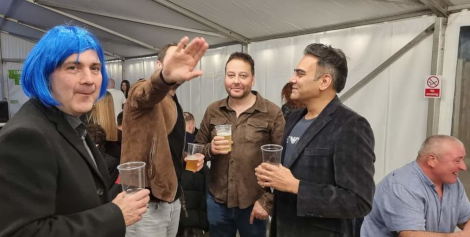 It seems not everyone wants to be photographed with CEO Ed Starke (centre), and Sales Director Martin Hoxworth seems to have tried to disguise himself with a wig. 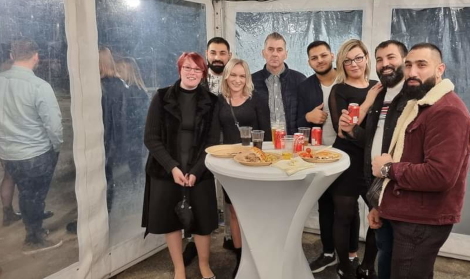 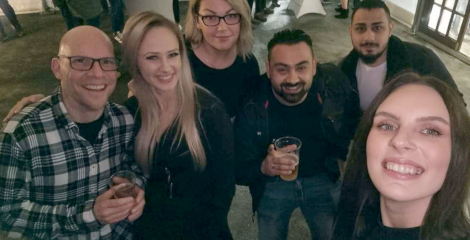